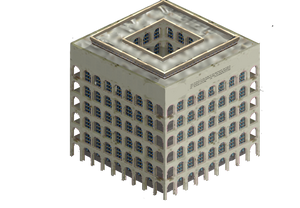 A latecomer to the Great Game, Italy's colonial aspirations have always been thwarted countless times throughout all history, but there has been a lucky break. Although isolated from all foreign trade due to the all-pervasive straitjacket imposed by the British and the French around the Middle East, it would seem that Italy's lucky star shines bright with recent political unrest in Africa and the Balkans. There could be an opportunity for Italy at work now, but it would take strong men, iron hands and hearts of stone to see the fledgling Italian empire stand toe-to-toe with the world's big superpowers.

Italy is a rather peculiar faction. It has almost no economic bonuses, but the ability to create better scout units and to spawn warships at sea. Additionally, Italy's tanks are cheap to produce - they have no ramp costs - and fast, but tend to be warriors in tin armour where others use steel. Its artillery, however, are another story - they may be artillery, but they never need to deploy to be used, and also are sufficiently armoured to act as tank destroyers!

At the beginning of the game, the Italian player will either begin with the whole map explored, or the use of 3 scouts to be used as one wills. These scouts could potentially be a game-winner - they receive extra resources from the ruins you collect, and are more efficient in what they do. Thus, the scouts can be used to do all sorts of things: gather ruin resources and information, and harass the enemy or even destroy facilities to facilitate your own growth.

Thus the Italian commander may need to concentrate on two things: the use of commandos to scout out enemy positions, and coordination of his or her armour and infantry. The Semovente line of SPGs are indeed formidable against armour, but suffer from poor reload rates. Thus, make it a habit to use your commandos to scout out the battlefield, and then use your tanks and infantry to screen your Semovente SPGs during heated battles. The SPGs should be able to take out a variety of units and fortifications, while your faster-moving tanks are best used to outrun and outflank the enemy's machine guns and infantry. Lastly, infantry can be used to screen your vehicles from antitank gun infantry and as an inexpensive meat shield. For all its innovativeness, however, Italian armour suffers considerably from not having a proper medium tank until later in the game.

At sea, Italy does not have warships that are better, but that does not matter. With the ability to spawn cruisers at each dock built, the Italian marine arsenal is also a formidable one nonetheless - it can create cheap patrol boats using only wood and oil. The fact that Italy can get the battleship programme far more quickly than other factions already means that if sufficient resources were amassed, Italy is very much unstoppable on the surface. With this ability, one can easily assemble a navy rush with little time - use this ability to thus create a navy, and then use it to deny resource patches to your opponent, before finally using your troops to take on his cities.

Retrieved from "https://interbellum.fandom.com/wiki/Kingdom_of_Italy?oldid=13126"
Community content is available under CC-BY-SA unless otherwise noted.