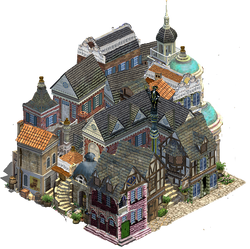 Although the United Kingdom, the home country of the British Commonwealth, covers but a small fraction of Europe, the economic and political clout which the British Empire wields in the game of thrones is almost without rival, despite the horrendous losses at the hands of the Central Powers during the Great War, and its own internal problems in actuality. From its home isles, this small but not insignificant nation dominates a massive number of colonies worldwide which feed the mother country, but even so there are problems: only Canada is directly connected with the Britain, Germany is rising again despite the Versailles Treaty, and Britain is significantly cut off from the rest of its empire in Africa, India and the Pacific. A single, well-placed blow can smash apart in a week everything Britain strove to build for over three centuries. Can the British Empire obtain another thousand years of glory, or will this be the last hurrah for England?

The British are aided everywhere by their extensive industries, which allow them to generate resources with each bit in their stockpile, lending the ability to bulk up one's economic power faster. Economic power allows things that military power cannot: more resources and therefore more time to spend on building and upgrades. This is further reinforced by two other areas: cheaper ship upgrades and free spawning destroyers.

With this immense economic power and the ability to amass a large fleet in no time, the British do well on water maps, but their extensive military assets also means that they are not to be taken lightly if attacked on land. Historically, British armour was often the weakest link in Allied Operations in Europe towards the end of the Second World War, but nevertheless British armour often served with distinction against heavier Nazi foes. Thus while British vehicles are no better than the French-manufactured ones used by most nations, Britain can however count on its units' superior abilities to get by in a conflict. Its tanks and infantry may be nothing special tactics-wise if compared to German or Russian units, but British unique units' extensive LOS give the British some degree of immunity against sneak attacks.

Warships are more accurate and don't need spotters; tanks can spot further and can operate independently if so needed, or even run away if they are outgunned while British fighters and bombers have superior spotting qualities, ensuring better management and reducing the chances of being surprised and overpowered. The British must place great emphasis on science research in order to enjoy this special benefit to their units.

Even so, the British main strength on land lies in one area: and that is their artillery. British assault gun and AT gun units of all make deal added damage against enemy vehicles, thus making them lethal especially if used to fortify strong points. An idea way to play as Britain is to create strong points which cannot be easily surpassed either by tanks or armour. Units such as Sherman Fireflies, Archers and QF 6l lbers can be put to great effect, although their cost means that a British faction may find it difficult to play the manoeuvre warfare scenario which the Americans , Russians and Germans enjoy. In other areas, Britain must also be noted for having superior naval units as well as more powerful aircraft until the Atomic Era. As such, during a CtW campaign the British home isles might need to rely on the power and superiority of their naval units to stave off the unthinkable.

Ergo, the British are suited to two things: precision striking and booming. When playing as Britain, always keep an eye on your enemy and build the right kind of counters. If he builds up tanks, get AT units and attack aircraft out. Raid your opponents' economy to weaken them and deny them resources for waging war, and try and tech up as quickly as possible while denying the same to your opponents.Use your units to scout out the enemy, anticipate their attacks and flank them — nothing else will save you.  The far more vastly inferior early game armies of Russia and Germany can be exploited by enveloping them in battles of attrition, which can later exploited by your army, with some added skill and tactics. Alternatively, your civ can be improved further by the usage of your resources to purchase wonders, thus improviing presitge for your nation and with an alliance with, say, Poland or France, you can easily win the game.

(Empty Quarter and San'aa are rendered as barbarians)

Retrieved from "https://interbellum.fandom.com/wiki/British_Commonwealth?oldid=13757"
Community content is available under CC-BY-SA unless otherwise noted.