Start a Wiki
Argentina have the Power of Concord (Philosophy). 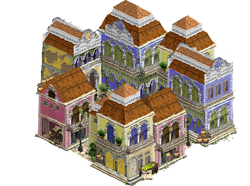 As with many nations, the past decade has not been kind to Argentina. The Great Crash of 1929 wiped out Argentina's export economy, opening the door to increased unrest, and has recently led to a military coup. To make matters worse, Argentina still remains in a dragnet: to the south, the British still control the Malvinas and in the distant north the United States aggressively sponsors corruption and plutocratic demagoguery in Latin America at bayonet point. Most disturbingly, however, is that neighbouring Brazil, Argentina's largest rival at home, has fallen under the control of a military junta, even as foreigners continue to suck our economy dry. Argentines will have to expand their borders and influence and gain new allies abroad, regardless of the cost, if la Patría is to survive this coming age of darkness!

As a minor nation, Argentina however has the potential to amass great power. Being an early participant in the 1900s naval race with Brazil, Chile and Peru has left Argentina with a strong naval tradition, while Argentina also boasts a decent supply of armoured vehicles and aircraft.

Because Argentina was prominent especially in culture, and it also had ties with more technologically advanced Germany, Argentina has a bonus when it comes to knowledge production. This should help Argentina tech up faster than other factions, although to be honest, teching up in Age of Darkness also requires substantial amounts of oil which only Britain and Russia can produce in effluvial quantities. Nevertheless, Argentina's cheaper research at the National Archives means that Argentina can sometimes obtain a larger army, and even more territory. By the time your opponent has established a proper functional city, Argentina may have gone beyond that and may have an economy that is humming and producing a military force that is larger than anything the opponent may have planned for.

Unit-wise, the Argentine roster clearly cannot compete with the harder-hitting major powers, but Argentine armies are not to be sniffed at - in addition to a sound early heavy ship and submarine component, the Argentine air force contains some powerful early-era warplanes, including the formidable German-imported FW-190. Back on land, Argentina has its own medium and heavy tank lines, consisting of the Nahuel (Argentina's first medium tank) as well as the French produced ARL-44 (purportedly smuggled in from France in real life). This is supplemented further with imports from the Allied nations, most notably the British Universal Carrier, which helps to function as a cheaper and faster albeit weaker alternative to the supply truck, and the formidable Sherman Firefly, marking Argentina as a potential rusher, especially against rush factions like Japan and Italy, and later on. Against the major powers like France, Britain or Germany, however, Argentina cannot do much, but if Argentina can "tech up" faster using its superior knowledge accumulation capabilities, it can easily eclipse them all and establish itself as a more superior faction. So with Argentina, it's a case of using early tank rushes to keep your opponent off balance.

Retrieved from "https://interbellum.fandom.com/wiki/Argentina?oldid=13746"
Community content is available under CC-BY-SA unless otherwise noted.